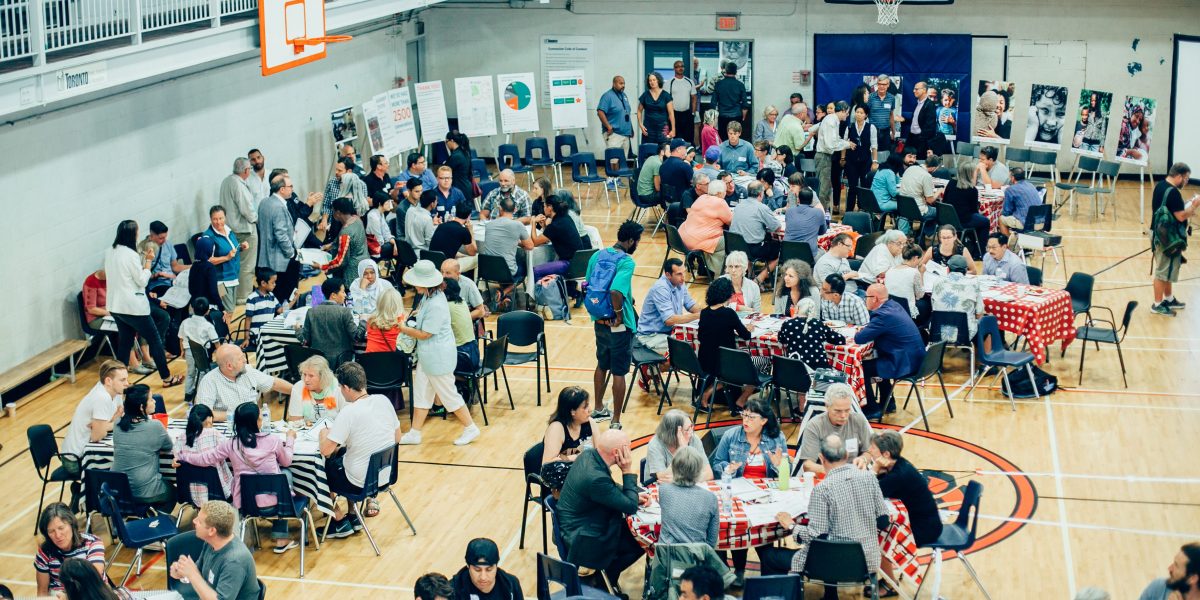 Since May, the More Moss Park team has had over 2,500 conversations with members of the Moss Park community about what they would like to see in a new arena, community centre and surrounding park space. 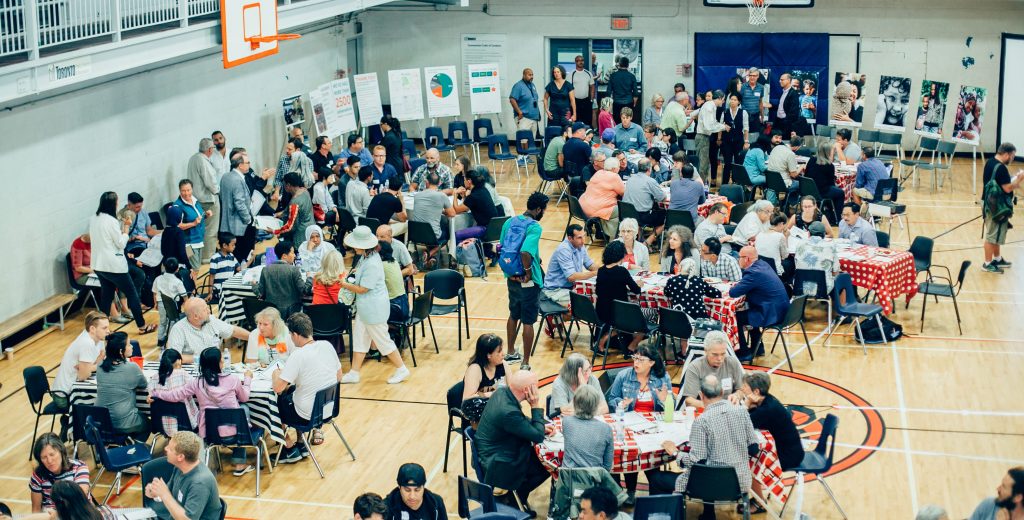 The evening kicked off with a delicious dinner buffet prepared and served by the Regent Park Catering Collective and Fabarnak. Throughout the gym, photo displays of Moss Park community members, as well as key figures and highlights from the public consultation period, told the story of More Moss Park and a community that has been highly engaged in shaping the neighbourhood’s future.

Before the design plans were presented to the crowd, the young winners of the Draw Your Moss Park design competition were announced. Congratulations to Rafidah, Noah, Bryan, Sylvana, and Anna for their amazingly artistic and prize-winning ideas about what they would like to see in a dream park! 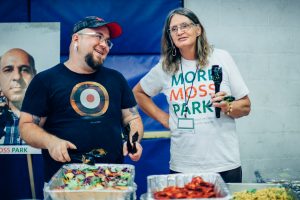 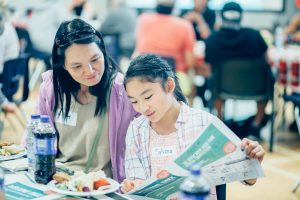 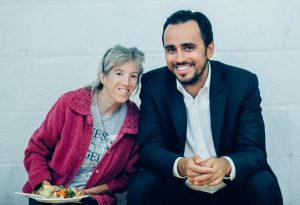 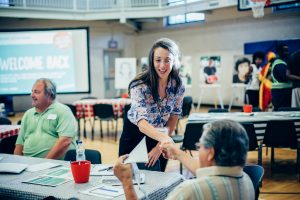 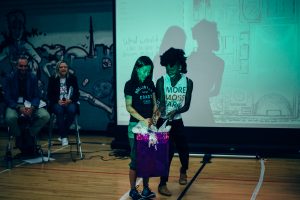 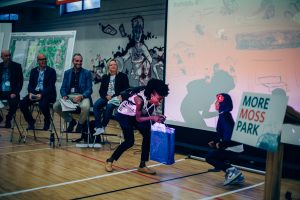 Peter MacLeod of MASS LBP opened the Community Roundtable with a brief overview and recap of the project goals, proposed timelines and this summer’s consultation activities.

The design plans were presented by Robert Allen of MJM Architects and Jelle Therry of West 8, who walked through the schematics in detail, describing how they incorporated feedback from the community received during the public consultation, including:

You can download the full presentation along with the design plans here.

Maura Lawless, Executive Director of The 519, and Howie Dayton, Director of Community & Recreation at the City of Toronto, joined Robert and Jelle on a panel to hear questions from people in attendance and further explain the rationale behind the design plans. 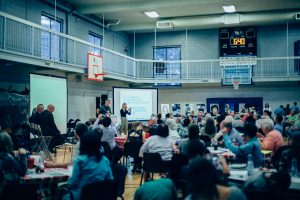 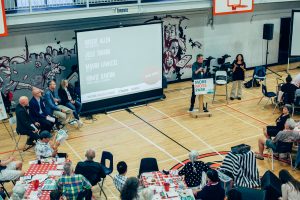 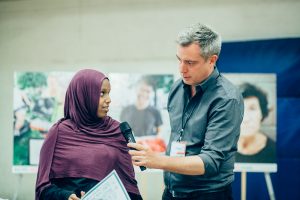 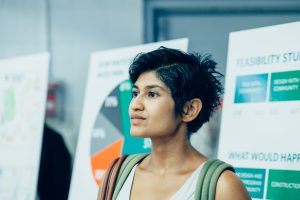 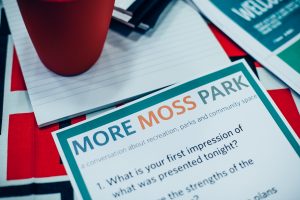 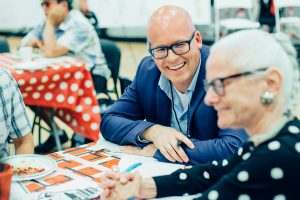 Participants joined table groups following the presentation to discuss first impressions and feedback on the design plans’ strengths and weaknesses. While many praised the proposed location, open sightlines and accessibility, one residents association expressed concerns about the siting of the building. Participants also raised questions about issues that included safety in the park, the design of park pathways and the proposed use of common park space for team sports. The design team will be examining all of these issues and ways to mitigate residents’ concerns as they develop plans further. 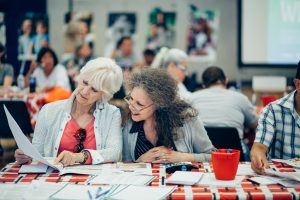 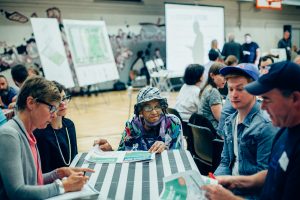 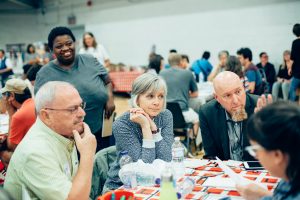 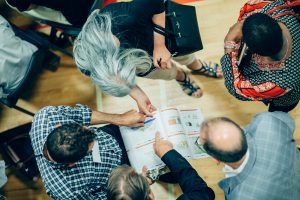 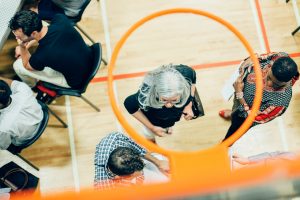 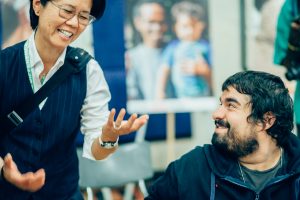 While this was the final meeting of the initial phase of the public consultation, these conversations will continue throughout the coming months. As Councillor Kristyn Wong-Tam said in her closing remarks, there is still plenty of opportunity for more community feedback moving forward.

A final report summarizing the consultation results will be made public and reflected in the report to City Council in early 2017. If Council approves the report and votes to move ahead with revitalization, there will be more opportunities for the public to share ideas and advice.

Above all, the More Moss Park team would like to thank members of the Moss Park community for their participation, whether attending a public meeting or helping the Community Participation Team make deeper connections to Moss Park. The public consultation process brought together diverse communities and we heard so many experiences, ideas and stories about what Moss Park means to the people living there. 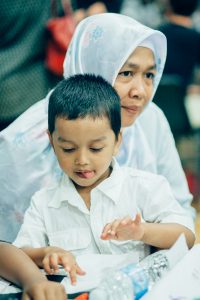 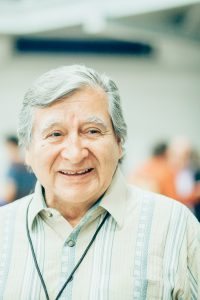 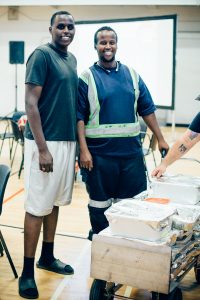 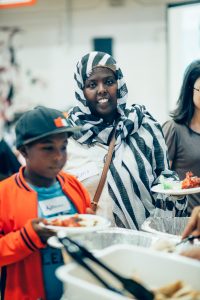 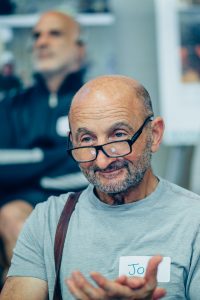 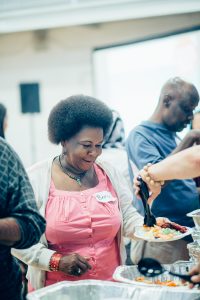 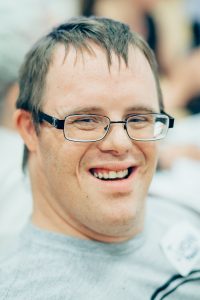 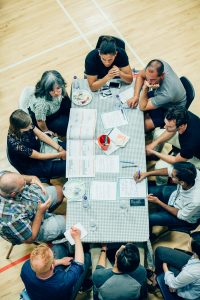 Help shape a vision for Moss Park. Join the City and The 519 in a public conversation on the possible redevelopment of John Innes Community Centre, Moss Park Arena and the park space around them.